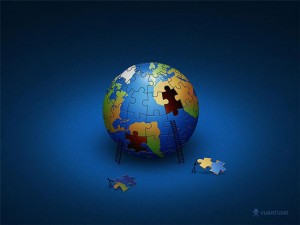 If health is defined today as the capacity to reach one’s full human potential, our environment – including the quality and availablility of water, air, soil, and plant and animal life are critical determinants of human health. For too long health professionals have considered the planetary patient as beyond their domain. In reality, it is the health of this patient that provides the basis for all other health endeavors. In embracing and caring for this “patient”, we learn that integrated solutions, forward thinking, wise prioritization and investment, and careful governance are essential to the future well being of our human population. In caring for the planet, we are instructed and guided on how best to care for each other. But in reality, improving the health of our planetary patient requires changes in human behavior. Changing behavior is both a function of the message and the messenger. And studies consistently affirm that their is are no more powerful messengers in society – when it comes confidence and trust – then physicians and nurses. We must ask ourselves then, how much progress could be made if care professionals were fully educated and engaged in environmental health and applied the social capital of their relationship with the people to fuel societal behavioral change?

As Dr. Kerstin Leitner of the World Health Organization has noted, “We’re not running out of water; we’re running out of fresh water.”3 Why is this the case? Let’s start from the beginning. Human beings are critically dependent on water for life. Seventy percent of the human body is water. An average human consumes 2.3 liters of water a day – a half a liter goes to sweat, .3 liters is released through respiration, and 1.5 liters is excreted as waste. If we lose 1 percent of water, we become thirsty. If we lose 5 percent, a mild fever develops. Lose 10 percent, we’re immobilized. And if we lose 12 percent, we die.2

As critical as water is to life itself, one-sixth of the planet’s human population, some 1.1 billion people, lack reliable access to clean water.4,5 The source points of all water are complex, interdependent, and fragile. The oceans’ seawater is 80 times as dense as air and provides many species with complete support, including nutrition and reproductive needs. The oceans support the growth of 50 billion tons of living creatures per year. They deliver 90 million metric tons of fish to humans each year. They also annually absorb 8 billion tons of carbon dioxide, acting as a safeguard against global warming. The sea provides a secure environment for biologic cells, it’s a chemical buffer, a good solvent, and a barrier against severe external temperature gradients.6

Feeding the oceans are streams, river basins, lakes and wetlands, which join together to form hundreds of distinct watersheds. These networks cover 45 percent of the Earth’s land and nourish locations that support 60 percent of our global population. The coexistence of these watersheds and human populations has created growing challenges. 261 of these watersheds cross two or more countries’ jurisdictional boundaries. The Nile crosses nine countries; the Danube 13; and the Mississippi passes through 31 states.1,6,7 Poor management and policy upstream invariably means trouble downstream. Raw sewage, pollutants from unregulated industry, poor land management, and agricultural runoff all contribute, at times irreversibly, to the growing water crisis.4

Between mountaintop and sea, water suffers at every turn. To begin with, 40 percent of the world’s population, some 2.5 billion people, lack access to proper sanitation. In Bangladesh, 60 percent have no access to bathrooms.2 Human waste, joined by agricultural and industrial waste, easily finds its way into surface and underground water. With pollution comes disease, accessed through unhealthy behaviors. For example, in Varanasi, India, a sacred site on the Ganges River, 60,000 people bathe in the polluted waters each day.2 Infected water and lack of public health education both contribute to 4 billion cases of diarrhea a year worldwide, which results in 2.2 million deaths, mostly among young children. In fact, these deaths represent approximately 15 percent of all deaths of children under five in developing countries.5

While demand for fresh water is increasing, our limited supply is further diminished by waste and ignorance. The World Health Organization standards state that 75 liters of water per day is necessary to protect against household disease, and 50 liters is necessary for basic sanitation.4 But individual consumption around the world varies widely. A member of the Masai tribe in Africa survives on approximately 4 liters per day, while a typical resident of Los Angeles uses 500 liters per day.2

But individuals are small consumers compared to agriculture. Farmers use 70 percent of all fresh water. Using standard irrigation, 50 percent never gets to the roots of plants. With newer drip technologies, 90 percent is well utilized. Increasingly, we will have to think of food in water terms. For example, a typical ton of wheat is really 1,000 tons of water with sun and soil thrown in. 4Industry is the next largest water consumer. Yet, only 10 percent of the water that industries use actually ends up in products. Ninety percent is discarded, often permanently fouled and on its way downstream.2

On the demand side, the world’s population of more than 6 billion is due to double by 2050. And the imbalance of supply and demand for water is especially acute in certain regions. For example, the Middle East has only .9 percent of the Earth’s fresh water but 5 percent of the world’s population. By 2020, more than 50 nations will have severe water shortages, and by 2025, more than a dozen nations will face a severe need for water from a hostile neighbor.2

Ensuring healthy waters requires wise policy and grassroots activation of health care and governmental leaders. The Aral Sea debacle is a useful cautionary tale. In the 1950s, Khrushchev diverted two Russian rivers to supply profitable cotton fields in the region. Using open-ditch irrigation, 80 percent of the water was lost to evaporation and seepage. Over the next few decades, the Aral Sea shrunk to half its size, salinity rose, and fish died. Sixty thousand citizens living off the sea were impacted immediately. With the passage of time, dust from the sea’s contaminated seabed, picked up by winds, spread across the globe, was ingested by penguins in the Antarctic, and deposited on Himalayan peaks where the salt caused early melting of snow. One ill-advised policy choice created a lasting negative impact around the world.2,8

Integration with Energy and Global Warming

Water policy is also inseparable from management of global warming and the pursuit of energy independence. In a 2006 EPA webinar, Don Elder, water expert and President of the River Network said, “Only the healthiest watersheds will be resilient enough to support the full range of life in the face of climate change…The 2007 Intergovernmental Panel on Climate Change predicts a 4 to 5 degree rise in temperature, and an 11 to 23 inch rise in sea levels by the end of the century.” 9,10 To water experts like Mr. Elder, climate change spells the worst of both worlds; more frequent and severe storms in the wet seasons, leading to floods and disasters, and more lengthy and profound droughts in the dry seasons. As Hurricane Katrina and the tsunami in Indonesia have made clear, human security in both the developing and developed world is fragile in the face of climate related water bourne disasters. Yet the solutions are within grasp if we take an integrated approach. Elder emphasizes that the fastest way to save energy is to save water. He says: “Saving energy by saving water beats ethanol by a mile because it doesn’t compete with food and has no carbon footprint; and beats new technology plans for carbon capture in energy plants because we know it will work, it’s ready to go and would save energy immediately. Saving energy by saving water will keep coal and oil in the ground, carbon out of the air, water in our streams, and money in our pockets.” 9,10

So water is energy. But will saving water be possible and how would we go about it? Experts says we’ll do it by conservation, efficiency and reuse. Conservation is a matter of adjusting our habits, and efficiency is about using new hardware. Neither adjusting habits, nor changing hardware, as it turns out, involves much hardship. Less than one third of the water we use needs to be pure. Said another way, two thirds of the water we consume is used to flush toilets, water lawns and the like. In the future, as we replace appliances and water systems, we’ll be going to systems that reuse and recycle. So for example the water you use to shower will be able to be used to flush a toilet. The water captured by your roof drains, instead of running off, will be available to water plants. The incentives to be smart about water use will increase. Think tiered pricing. Basic amounts will be priced low because water is a human right, essential for survival. Tier two will be priced higher for discretionary use, causing you to think conservation. Tier three will be priced much higher to discourage waste. Technology will help – like new toilets with a double flush to choose from- small flush for liquid, large flush for solid. 26% of the water used by the average American family goes down the toilet – literally. Rainwater harvest is beginning to appear, in homes and in buildings. The new Bank of America tower, on its ceiling footprint in New York City, captures 100% of rainwater and directs it inside for use. Home rain harvesting could meet 20% of home use consumption needs. 9,10

An Environmental Platform for Health Professionals

If the planetary patient is now a responsibility of physicians, nurses and other health care professionals, what are the cornerstones of care of this patient? First, we recognize that clean and accessible water, air and soil are fundamental human rights. Second,  efficiency and conservation of these limited resources is a shared responsibility of the people and the people caring for the people. Third, technology should be utilized to expand access and conserve resources. Fourth, these resources should be utilized as close to site as possible. Fifth, private and public resources must be applied in a sustained manner for technology, training, and infrastructure growth. Sixth, enforce wise integrated environmental health  policy. Seventh, focus special attention on agriculture and industrial consumption of natural resources. Finally, emphasize environmental education utilizing health sites and health professionals’ influence to accomplish meaningful behavioral change.7