Vision I: Health Is Political 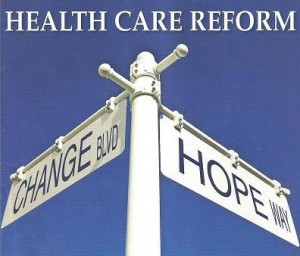 Over the past ten years, the World Health Organization and other groups have actively engaged the question “What is health?” A large part of this thought process has involved defining what health is not. It is not the health care system. It is not the reactive elimination of disease. It is not a simple commodity to be weighed against all other commodities in society. It is different from these things, and more than these things.

Health is universal and common to the people of the world, independent of geography, race, income, gender, and culture. Health is an active state of well-being that encompasses mind, body and spirit. It is the capacity to reach one’s full human potential, and, on a larger scale, a nation’s potential for development.

Dr. Gro Brundtland, former director-general of the World Health Organization, wrote in the World Health Report 2000 that “The objective of good health is twofold – goodness and fairness; goodness being the best attainable average level; and fairness, the smallest feasible differences among individuals and groups.“ 1

Today the notion that health is a preferred state of being, rather than a set of disconnected functions or services, is increasingly being embraced.

With this in mind, it becomes impossible to ignore a significant modern-day truism. Health is profoundly political. Why is this the case? For multiple reasons. Health is a collection of resources unequally distributed in society. Health’s “social determinants” such as housing, income, and employment, are critical to the accomplishment of individual, family, and community well being and are themselves politically determined. Health is recognized by many throughout the world as a fundamental right; yet it is irreparably intertwined with our economic, social, and political systems. And growth in health, health care, and health systems requires political debate and political consensus. 2

The Health World is Changing

For these reasons and more, it is entirely reasonable to acknowledge and attempt to structure in a purposeful manner the politics of health. To do so requires mention of some of the major forces shaping health worldwide. These include aging demographics, the growth of home-based caregivers, the dual burden of disease, the Internet, and consumer empowerment and activism.

In the United States, nearly 50 percent of all 60 year olds have a parent alive, and by 2050 there will be 1 million people over age 100. 3 This means the three-generation family has been supplanted by the four and five-generation family. Twenty-five percent of American homes have an elder caregiver in place, and 85 percent of them are volunteer family members. The vast majority of these caregivers are third-generation women, managing parents and grandparents on the one hand and children and grandchildren on the other. 4,5 In the United States, their focus is predominately on chronic diseases, seven of which cause 90 percent of the disability in senior populations. 6

In the developing world, the health focus remains primarily on infectious diseases, nutrition, and maternal and fetal issues, which are challenging the human and financial resources of these countries. But urbanization and the influx of tobacco and unhealthy foods are accelerating the onset of chronic diseases and creating a dual burden of disease. 7

Finally, consumer empowerment is being fueled by the Internet and supported by physicians, nurses and other caregivers. This has led to emancipation and engagement of an increasingly activist-oriented public. 8 They desire education, behavioral modification, home-based care solutions, inclusion in the health care team, and financial incentives to reward wellness. 9

The Power is Shifting

Despite this shifting environment, there is a growing political disconnect between those who make health policy and those most affected by health policy. While the former continue to reinforce silos and the status quo, the latter seek broad, fundamental and comprehensive reform. Such reform might include expansion of insurance coverage, realignment of financial incentives toward prevention, increased reimbursement of physicians and nurses for team coordination that includes home health managers, support for early diagnosis and screening, and expansion of education and behavioral modification for individuals and families.

Due to its profound impact on the future of individuals, families, communities, and societies, the politics of health deserves broad debate, active public participation, and focused scholarly pursuit. Here are two suggested areas for growth. First, we need to step up consumer education empowerment. We can build on the strong success we’ve already seen with increased understanding of the scientific lexicon, organ function, and disease management. To move another step forward, we must now offer strategies and incentives in home health management, lifespan planning, and customized health system design. Second, in the area of scholarly pursuit, we must harness the best scholars in medical sociology, political sociology and political psychology, environmental science, health economics, public health, medicine, nursing, pastoral care, and bereavement, to create interdisciplinary social health leadership curricula and degrees that are equipped to manage the rapidly evolving health environment. Such a commitment will empower us to more effectively challenge outdated thinking, outdated systems, and outdated approaches to health.

3.Alliance for Aging Research. Medical Never-Never Land: Ten Reasons Why America is Not Ready for the Coming Age Boom. http://www.agingresearch.org/content/article/detail/698/

One Response to Vision I: Health Is Political